I am so, so heartbroken. Alan was my favourite actor, has been since I was 14 years old. I always assumed he would live to an old age and his death would be how I regarded Christopher Lee's: so sad but an amazing age to get to, a life filled to the rim. But no, cancer strikes, robs us from his warmth and his talent. He and Rima met when they were teenagers, I cannot imagine how painful this must be for her. The world has lost a wonderful man. 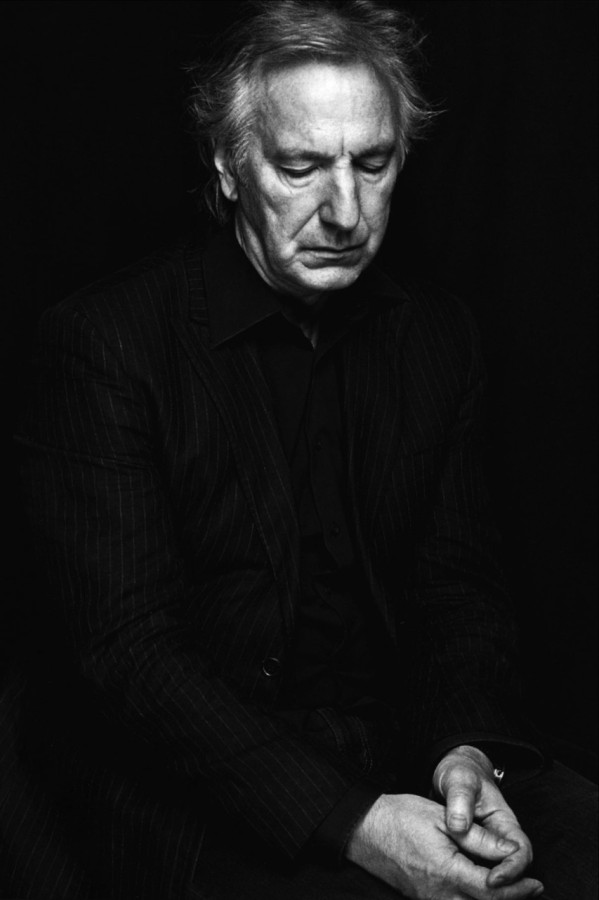 Tonight myself, Rhodri and Tegan went to see Houdini in our local theatre. To be honest we all went for one thing: Evanna Lynch. Potterheads will know her by name, but if you're not a Potterhead: Luna Lovegood.

So a few of you may know that Luna is my fave female character in the books. I instantly fell for her character, and felt some of me was tied with her. I said for years I wanted to audition to play her in the movies. And I did! Of course I didn't even get past the first round (of many haha). But I was in that queue of 15,000 Luna-wannabes, and so was Evy! Until tonight, that was the nearest I'd ever been to her!

The play was fantastic. Having not much knowledge of Houdini past his fame for escaping dangerous situations, it was really interesting to see about his personal life with his wife (who was played by Evy) and his brother. Quite an unpleasant guy really!

Anyway, after the play we all rushed out to the backstage door. Haven't stood there in years! A small gaggle of fangirls were in front of us. They were sweet but a bit scary. They screamed a lot once Evy came out o_x I have met many famous people and never once screamed in their presence... never could get why people do :P the girls were first in 'line' to meet her (she was great, she signed Houdini pamphlets and let the girls film her doing her Luna voice saying Luna quotes hehe) and then the people who were obvs profs at putting autos up for sale >.> finally got to go up to her, with my huge OotP hardback book I've had for ten years waiting to be signed. I apologised for it not being Houdini related haha, but seeing as everyone was going 'OMG I MET LUNA LOVEGOOD' I figured she prob wouldn't mind. Then Rhodri took a pic of us :D

Ahh I'm so excited :D I've met a few HP stars (Robert Pattinson, Matthew Lewis, Devon Murray and Stanislav Ianevski) but this is a major one for me :D I mean she played my second fave HP character! Eek :D 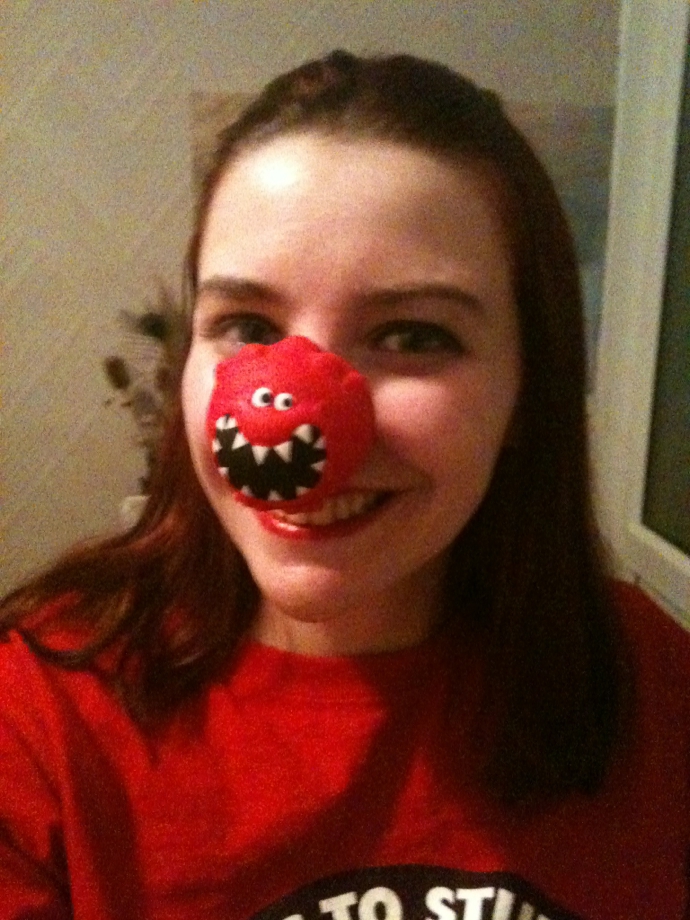 It was comic relief today :) basically Red Nose Day aka I can't breathe! Those in the UK, I hope you loved the dinosaur theme as much as I did!

Posted via LiveJournal app for iPhone. 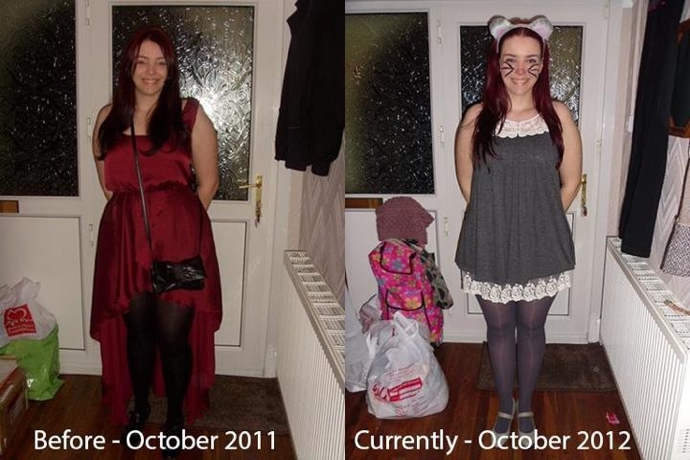 Ahh just wanted to share this :) I've lost around 15lbs in the past year! Aiming to lose much more and get fit :D can't wait for when it's time to make my next progress pic!

Posted via LiveJournal app for iPhone.

I'm so heavy, heavy in your arms.

Heavy, i'm so heavy in your arms.

This is probably really lame, but a local club is having a Pokemon Party and I am *ridiculously* excited for it haha. I'm not even going to be drinking (given up alcohol for lent!) but maaaaaan I'll be there.

The Walking Dead
In case of an impending zombie apocalypse, what would be your weapon of choice, and why?
Reply 504

This is actually a genuine fear of mine, a zombie apocalypse.

Daryl Dixon is my weapon o'choice.

I believe that Norman Reedus would be just as useful in a RL apocalypse. I'd tag along with him, and discuss kissing Alan Rickman with him ^_^